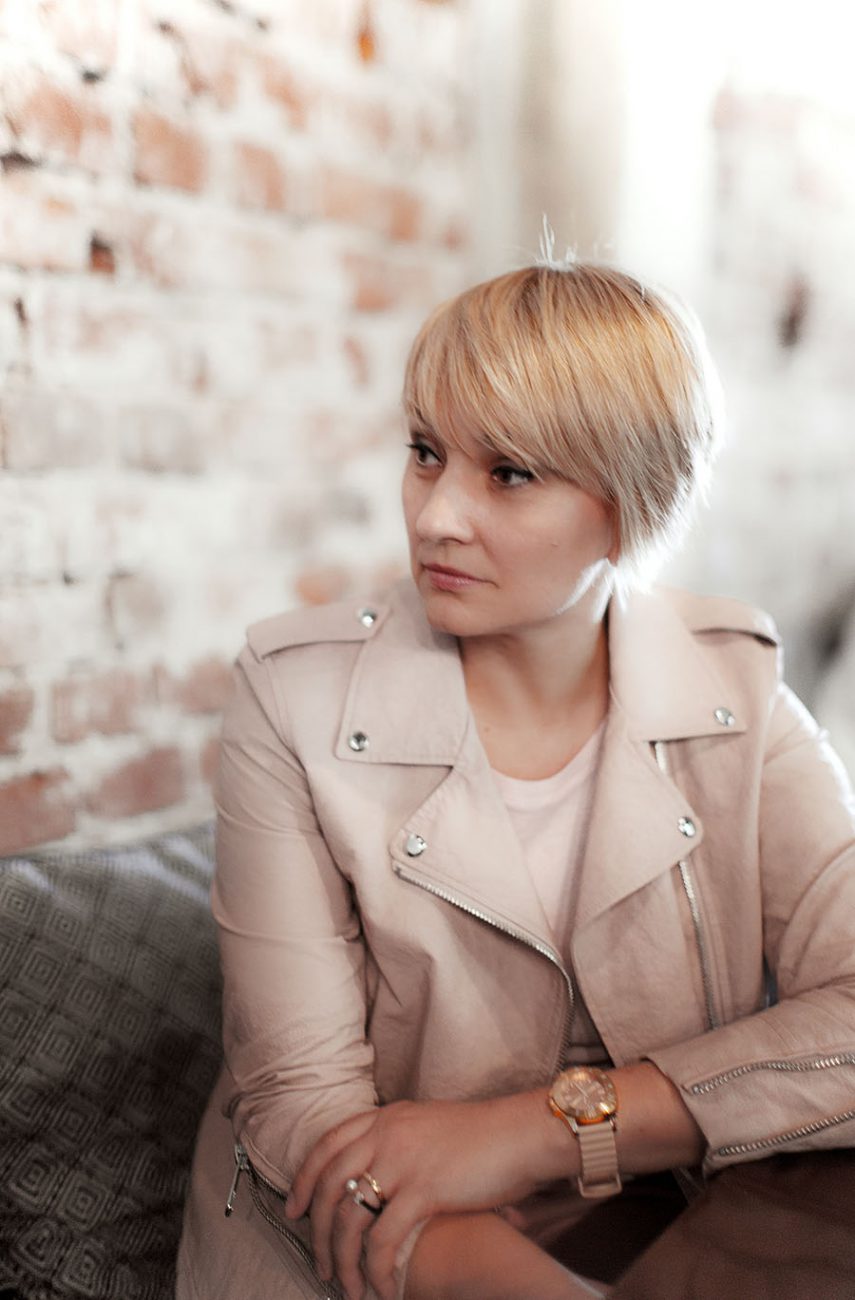 She has graduated from the Pedagogical College with a teaching degree for primary school and from the Ukrainian Academy of Printing in Lviv with a Master’s degree.

Since 1993, Alexandra Bryksa has been living in Prague. Here, influenced by the beauty of the city, she has been creating her art in a variety of media. The first series of her works in Prague was a collection of watercolours called “Mysterious Corners of Prague”. She has been working in various techniques and her paintings have been exhibited in a number of local galleries. Alexandra’s paintings are in private collections as well as public institutions such as the Embassy of the Czech Republic in Delhi, India, the Embassy of Pakistan in Prague, Czech Republic, the Embassy of Ukraine in Prague, Czech Republic, The Paper and Watermark Museum in Fabriano, Italy, City Art Gallery in Urbino, Italy, Museum of Watercolour in Tlaloc, Mexico, Alfredo Guati Rojo National Watercolour Museum in Mexico City, Mexico, Bi-Cultural Center USA-Costa Rica, San Jose and Hong Museum of Watercolour, Zhuji China.

In 2015 she became a member of the International Watercolor Association
and on 02.11.2016 was elected country head of IWS Czech Republic. Since then she has been actively involved in the promotion of this organization and represents the Czech Republic at international exhibitions and symposia and brings together a community of Czech watercolour artists who can present themselves abroad.

At present she is mainly interested in watercolour painting. The magic of this media fascinates and drives her to create increasingly challenging themes. Watercolour painting, according to the artist, has no boundaries and allows for the creation of masterpieces that can compare with other media.

“Every day brings new experiences that can hardly be described with the same colours and brush strokes” – that is her creative motto.